Marilyn has jury duty for six months (September 15 – March 15 in Lincoln County, NM). So far she has had to appear 4 times. The first and second times she was selected as part of a six women jury (one man turned out to be the alternate – same man both times – we are thinking of getting him a t-shirt that says – Token Male – Alternate Juror). She and her fellow jurors found the defendant guilty both times. The next time she went the defendant did not show up for trial so they sent us home after 10 minutes or so. The fourth time the attorneys went through voir dire and sent the jury panel out so they could select the jury. After a few minutes they sent us home again due to a postponement of the trial. Everyone is laughing at me because I was sure I would not EVER get selected!

So, after a month in Ruidoso, we decided to go down from the mountains where it is a little warmer (so I can sit outside). We found this lovely little park south of Tularosa (just a few miles from Alamogordo). We are surrounded by mountains. Everytime we drive back from Ruidoso (45 minutes or so) the mountains and sky are different. Bob was shocked one day when I said I liked it as much as Eagle Nest! 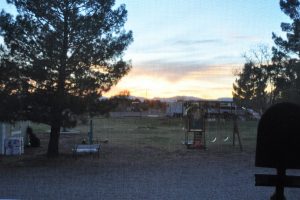 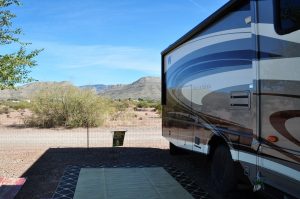 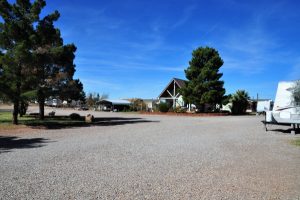 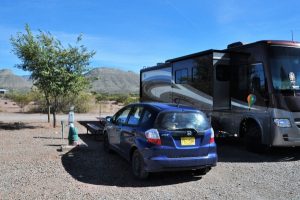 We have been staying busy with line dancing (Marilyn), sorting Koats for Kids in Alamogordo and working one two-hour shift a week at the Lincoln County Foodbank in Ruidoso. The Saturday before Thanksgiving the foodbank did a “fill the bus” activity at a local Albertson. We spent a couple of hours helping load, unload, sort and shelve donated food. It is an all-volunteer organization – both workers and financial resources. A wonderful bunch of people. When we return to the area (after the holidays in VA) we will be back for more! 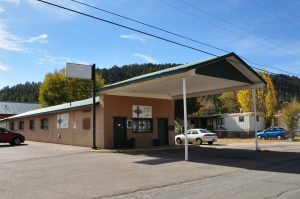 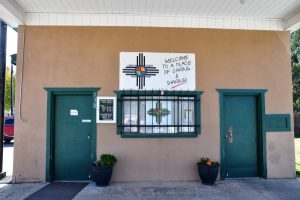 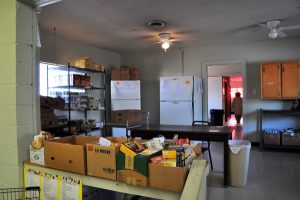 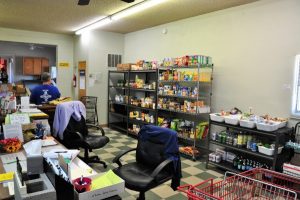 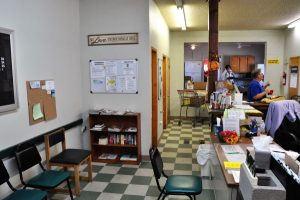