While staying in Deming, NM we drove up to Silver City for the day. It was an Apache camping and copper mining area prior to silver being discovered.  Many of the residential areas are built along mesas which was a new sight to me. The town was planned to be more permanent than many mining towns and some of the old buildings are interesting but the most interesting thing to me was how the town was originally designed and why that changed. “The town had originally been designed with the streets running north to south. The town was also built in the path of normal water runoff. Businesses sprang up, and people learned to deal with the inconveniences of the summer rain. Silver City was built with high sidewalks in the downtown area to accommodate high flood waters. Meanwhile, uncontrolled cattle grazing thinned down plant life on hills surrounding the town, as did deforestation. During the night of July 21, 1895, a heavy wall of water rushed through the downtown business district, leaving a trail of destruction. A ditch 55 feet (17 m) lower than the original street level was created in what was once known as Main Street.[4] Businesses on Main Street began using their back doors on Bullard Street as main entrances and eventually, were permanently used as the new front entrances. To this day, the incorrect odd/even addressing conventions on the east side of Bullard Street are a reminder that the buildings were addressed on Main Street originally, not Bullard Street. Main Street now ends near the back of the Silver City Police Station, where the Big Ditch Park begins.”  Below is a picture of the ditch and a home that is the only building left after the flooding along that section of the ditch. 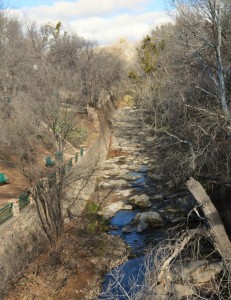 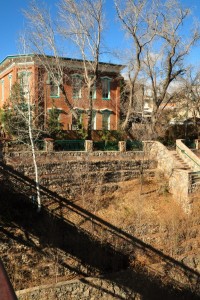 Some other area photos. 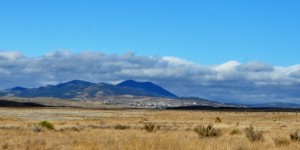 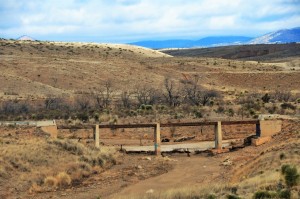 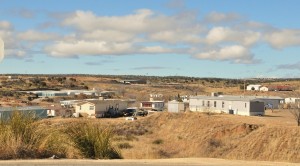 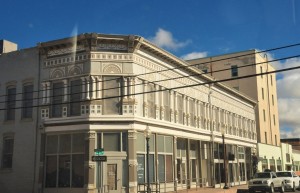 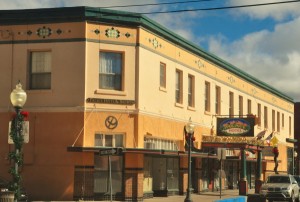 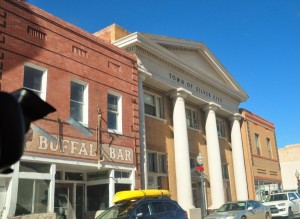 Billy the Kid was arrested here a couple of times and his mother is buried here. This one room cabin is what they would have lived in.  Boy, they weren’t very tall! 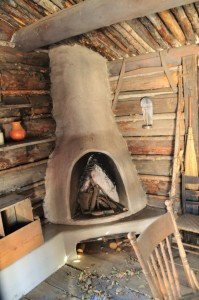 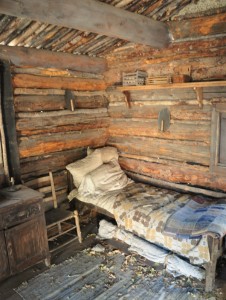 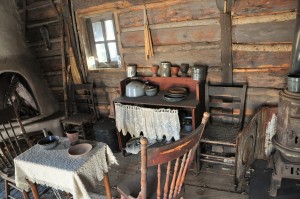 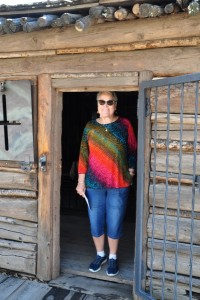