If you have not been to the Pacific Northwest then you MUST do so. The coast reminds us a lot of the west coast of Portugal and northern Spain. Just stunning! 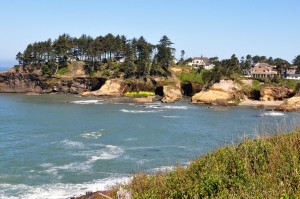 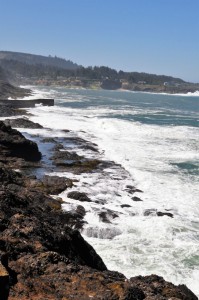 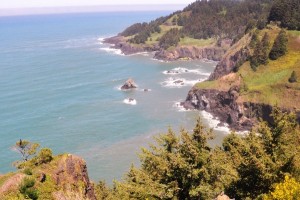 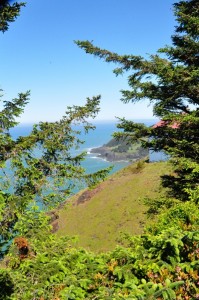 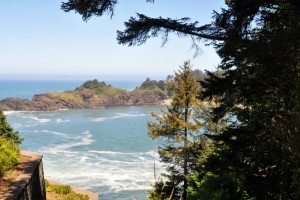 Bob had an Uncle Jack (Chambers), his mother’s youngest sibling and only brother, so we thought this was interesting. A Jack Chambers who was lost “on a mission of rescue.” 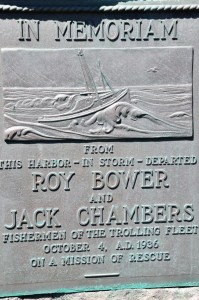 Bob and I are always interested in what we call whirligigs – something colorful and fun we can put outside that doesn’t take up too much room. A coastal area is usually a good place to see some. These were rather special. No, we didn’t buy anything this time. 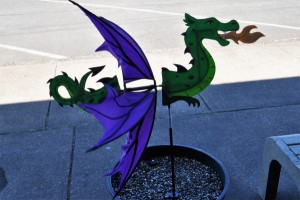 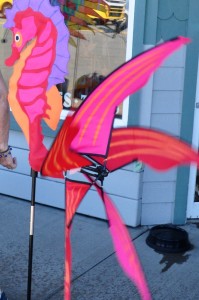 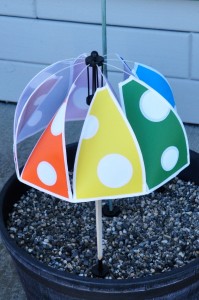 Truly, Depoe Bay is a tiny harbor – claimed as the World’s Smallest! But it has a Coast Guard Station. 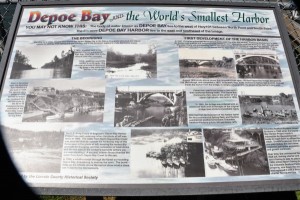 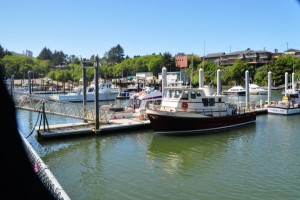 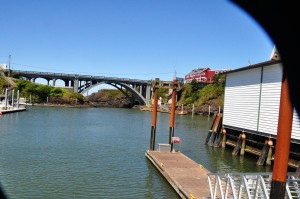 It is not easy to see but below the hilltop we were on were seals sunning themselves on the beach.  Bob got a lovely picture of the coastline and a little zooming gets something you can probably make out as seals . 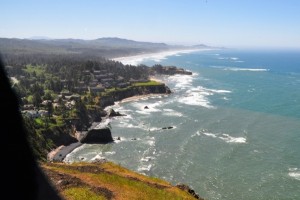 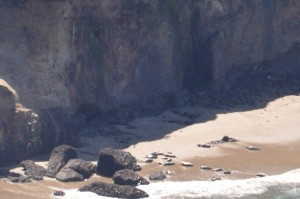 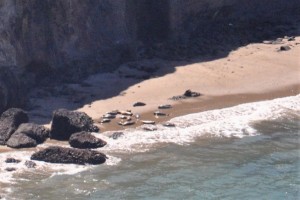