In the center of Lone Pine, at the one and only stop light, is the beginning of Whitney Portal Road. This takes one into the the Alabama Hills (Bob and I plan to explore those more in the next few days). It is an area famous for movie filming. The drive toward Mt. Whitney passes through these hills and then up toward the Sierra Nevada Mountains. We were only able to go part of the way toward the end of Mt. Whitney Portal due to a rock slide that had closed the road. We were told some of the boulders were as large as a house. 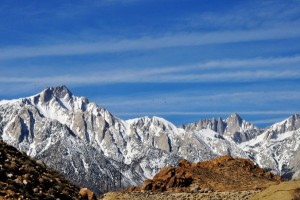 We believe the peak to the left is Lone PIne Peak. Due to its nearness, it appears higher than Mt. Whitney (to the right in the background). 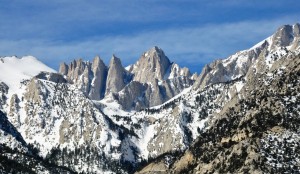 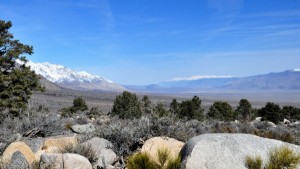 The views back to Owens Valley and Owens Lake (dry) were wonderful. 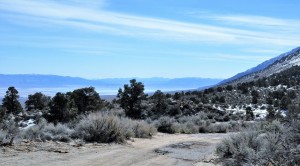 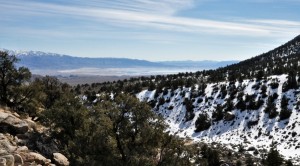 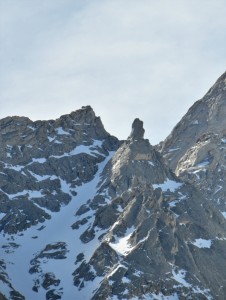 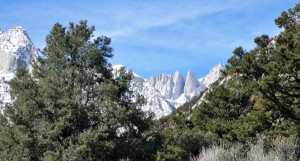 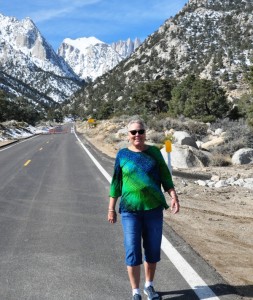 Behind me, as far as you can see road, was where it was closed. Actually, it was blocked below this and we had to walk up to there. We hoped to see the blocked road but were disappointed. 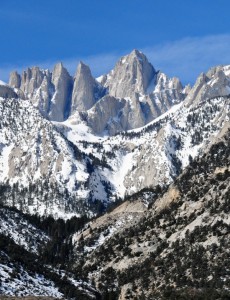 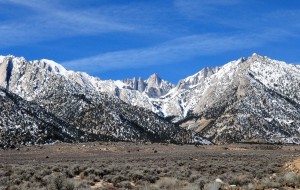 Bob couldn’t stop taking one view after another. It is rather awesome.

On the way down Bob took a couple of pictures of this dry bed.  It is huge. Can you imagine water filling that area as it rushes down the mountain? 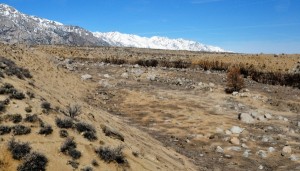 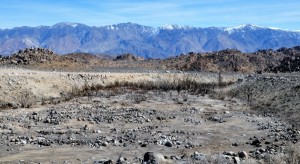 Speaking of water, we can’t get enough of whatever water we see in this part of the country. 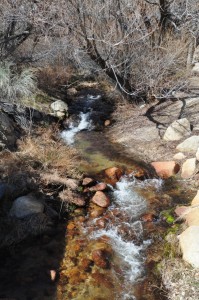 According to this highway patrolman these guys were filming an Infiniti car commercial. 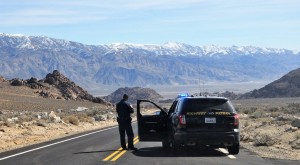 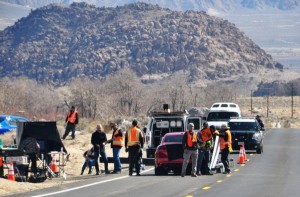