It is still amazing to  Bob and me how much water there is in CA. Of course, this beautiful lake was no surprise but enjoyable to drive around. We did not know until this trip that the water in Lake Tahoe never makes it to the ocean. It’s only outlet is the Truckee River which flows to Pyramid Lake which has no outlet. This lake is the largest alpine lake in North America and the 6th largest in volume in the US (after the 5 Great Lakes) and second only to Crater Lake in the US for depth. Want to know more? Click here. 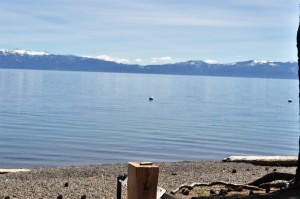 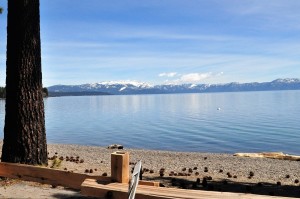 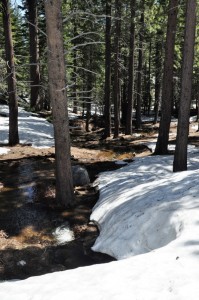 Emerald Bay is one of the most beautiful spots I have ever seen. 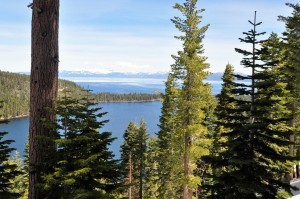 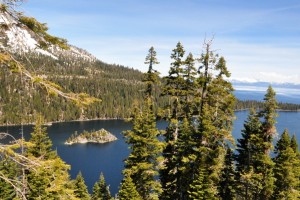 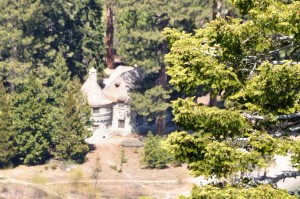 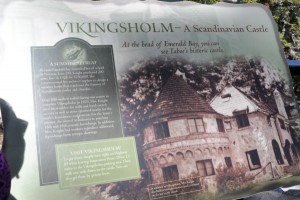 In 1928 this castle was built by a woman for whom Emerald Bay was a reminder of a f’jord in Norway.  She also built several guesthouses and a teahouse on the bay’s only island. 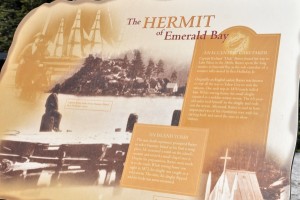 Richard Barter, Captain Dick to his friends, was a  hermit who lived in a boathouse on the island. He had been a sailor most of his life. He would row his small boat, Nancy, the 16 miles to Tahoe City to visit the saloons and then row home again. One night a squall hit and overturned his boat. He hung on and got back to his home. He loved the island so much that after this brush with death he excavated a tomb in the rock near the summit of the island. He then built a Gothic chapel over it and let it be known that this was where he wanted to be buried. Unfortunately, in 1873, while rowing home from a trip to Tahoe City, the 66 year old met a gale he counldn’t handle. His boat was smashed against rocks and he was washed out into the lake where he drowned. His body was never recovered.