Driving west from Nevada the terrain was covered with these trees. We were on the Joshua Tree highway it turned out. We had seen them in the Joshua Tree National Park in southern CA a few years ago but did not expect them here. Turns out they are prevalent in certain parts of the Mojave Desert. They are a form of yucca. “The name Joshua tree was given by a group Mormon settlers crossing the Mojave Desert in the mid-19th century. The tree’s unique shape reminded them of a Biblical story in which Joshua reaches his hands up to the sky in prayer. Ranchers and miners who were contemporary with the Mormon immigrants used the trunks and branches as fencing and for fuel for ore-processing steam engines. It is also called izote de desierto (Spanish, “desert dagger”). 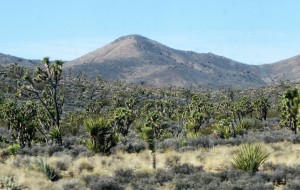 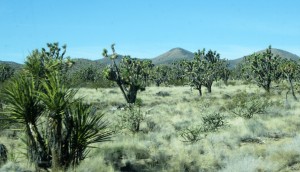