Ft. Davis, in the Davis Mountains of West Texas, is situated with cliffs behind it and the Limpia Creek nearby.  It was designated a National Historic Site because it is one of the best surviving examples of an Indian War’s post in the Southwest. From 1854 to 1891 it was strategically located to protect those on the Trans-Pecos portion of the San Antonio to El Paso Road and the Chihuahua Trail. I wondered, as we drove from Alpine to Ft. Davis, what soldiers from back East thought about this place. It turns out most of the soldiers were German and Irish immigrants. What an introduction to the US!  After the Civil War the enlisted men were in two companies made up of African Americans. The movie in the Visitor’s Center is narrated by Kareem Abdul-Jabbar. I asked the park ranger why (I didn’t think Jabbar was from West Texas) and he said Jabbar had volunteered because he has a special interest in Black soldiers and has written some books as well as having one of the largest collections of African American soldier memorabilia in the world. He also said they could not find soldier uniform pants of that era long enough so Jabbar is only seen from the waist up in the film. The other really interesting thing about the filM (and other writings in the park) was how they portrayed the Native Americans. They made it very clear that the Indians were reacting to losing their way of life and were not just savages murdering the whites. Very interesting!

Below is looking across the parade ground from the Visitor’s Center located in one of the original enlisted men’s barracks toward the officer’s housing. 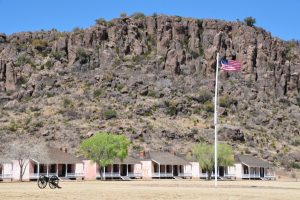 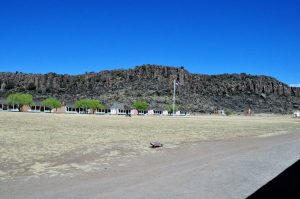 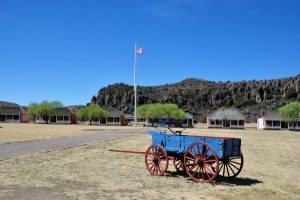 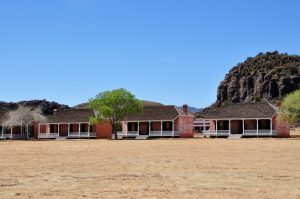 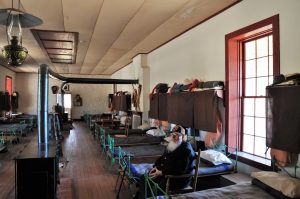 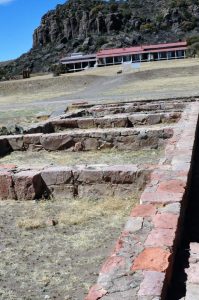 Interior shots of the hospital. Those instruments are amazingly like many today. From reading the posted signs around it doesn’t appear the hospital was very effective at saving lives. Diptheria was truly a curse, particularly for children. One soldier and his wife lost all 7 of their children to it. 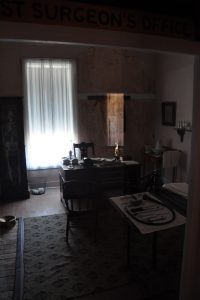 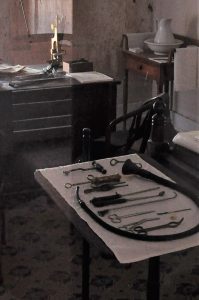 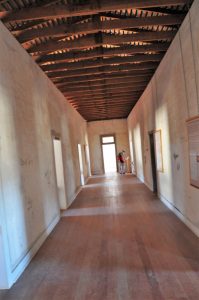 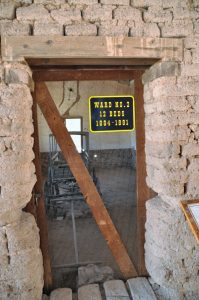 Later officer’s housing (in 2 story below) and remains of the chapel to the right. The chapel was used for many things including dances for the officers on Friday nights. The band would stop playing at 12 MN in the middle of the waltz are whatever. As the sign said, “That would be a ball Cinderella could love.” 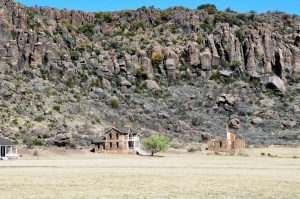 This wikiup is by the parking area. 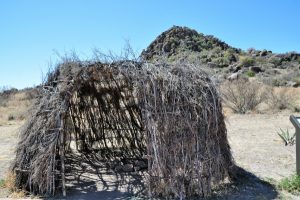 We saw this small herd of antelope as we drove back. They are so amazingly graceful! 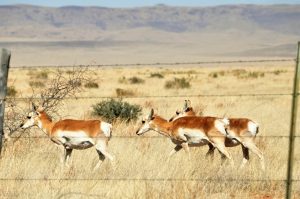 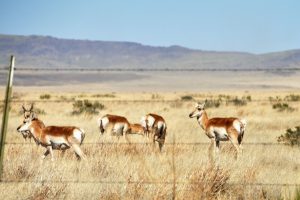 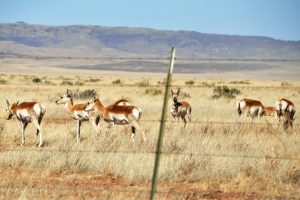