Bob collects capitals so we drove to Baton Rouge for a bagel and a tour.  The bagel was called a Cajun bagel and was made with jalapeños – my favorite!  We drove around to see the old capitol building (when it was built they didn’t want to follow other states and copy the US building which they certainly didn’t) and the new (the tallest capitol building in the country) and to see the old Governor’s mansion and the new.  The old capitol building was built in 1847 and the Gothic Revival building was built to look and function like a castle. It stands high atop a Baton Rouge bluff overlooking the Mississippi River. While held by Federal troops during the Civil War it was used as a garrison and twice caught fire.  After the war it had to be completely redone inside and a spiral staircase and stained glass window were added which are now focal points of the interior.  We also drove around University Lake and the LSU campus.  Very pretty.  The azaleas are just beginning to bloom and the wisteria is also lovely.  The area around LSU reminded us a lot of Austin – hiking trails, the houses, azaleas, live oaks, etc. 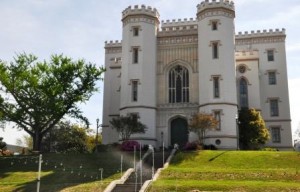 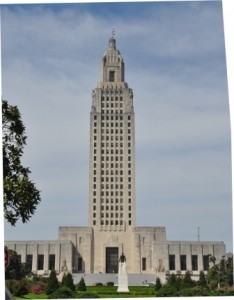 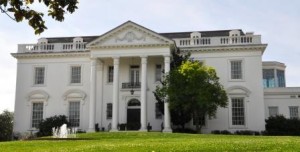 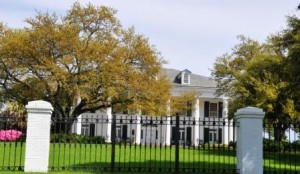