This is a part of Alabama we had not previously visited and were interested in all the history. Selma was a very progressive city for many years.  It was known as the Queen of the Black Belt and was the site of the second largest munitions plant in the Confederacy during the Civil War so very important strategically. Selma and Birmingham led Alabama in the suffrage movement. In the 20th century it was important in the Civil Rights Movement.  The first woman to the state legislature was from Selma. Today the city appears to be struggling (compared with Birmingham and Montgomery) as agriculture does not provide enough jobs and restructuring of industry has resulted in lost jobs. It is often difficult for me to believe how we have treated African Americans. Selma is a sad reminder. On the up-side, in Prattville where we parked, we ate some of the best Cajun/Creole food I have ever tasted (including in New Orleans) at Uncle Mick’s Cajun Market and Cafe.  If you get anywhere near there (between Montgomery and Selma) make the effort to stop. 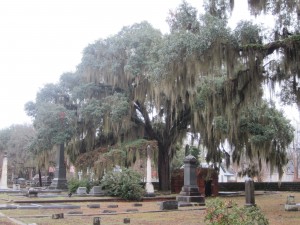 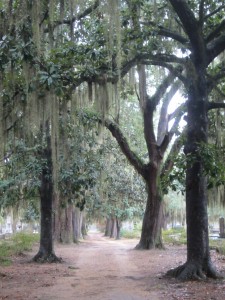 Beautiful Live Oak trees hung with Spanish Moss in this cemetery in Selma. 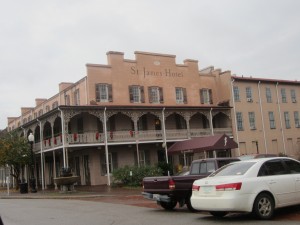 The St James Hotel was of interest to us because of the one in Cimarron, NM.