We are in Clifton Forge, VA and this little guy apparently fell out of a nest at some point. The park folks fed it so it would survive and now it won’t hunt (doesn’t know how??). They tried not feeding it but it would go to RVs in the park and beg and folks would give him things bad for him.  In fact, apparently someone in our site previously stepped out of their RV one morning and the owl practically landed on his head.  Bet that was a surprise.  Now the park folks feed it regularly so it eats right but they can’t get him to hunt.  He comes right down when called.  It is really quite amazing to watch. 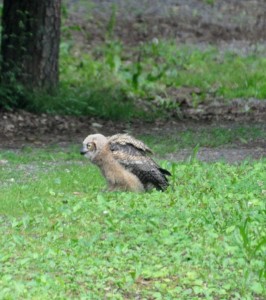 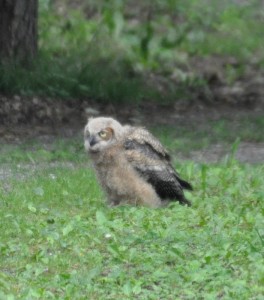 4 thoughts on “Our Own Little Owl”