Not too far from Carrizozo is a small (tiny – currently has 9 residents since they recently lost one to dementia) town that was once a thriving mining town. This is also not far from Lincoln where the Lincoln County War was fought.  Billy the Kid was a part of that so note his picture on the wall of the saloon. Apparently in the movie Young Guns (about the Lincoln County War) someone makes a comment about no scum being allowed in the saloon. Someone asks him what are scum and he lists some people including lawyers. This is particularly amusing when you read on the internet that White Oaks declined after the mining ran out but also because there were too many lawyers. The saloon is little more than the bar you see except for three tables where we were sitting when Bob took the pictures. The owner is not the original and did not put up the money on the ceiling and walls but she said she might have to start using some if the place didn’t make money. At the end of the bar is a door to a larger area in which events, dances, etc. can be held. 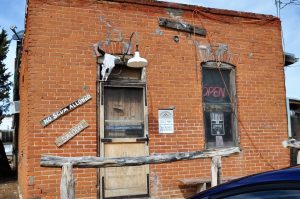 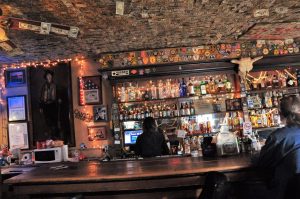 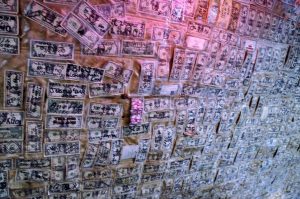 As you can see this marker is about Susan McSween. Marilyn’s maiden name is McSween and Susan was married to Marilyn’s distant cousin, Alexander, involved in the Lincoln County War. This woman was apparently quite the character. 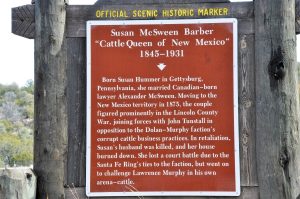