Bob has been spending 3-4 hours a day 3 days a week with his dad working on a train layout. His father used to have one but hasn’t had a place for it in many years. When Bob’s sister next door added on to her house, Grumpy got some space under her house.

This is his old layout. 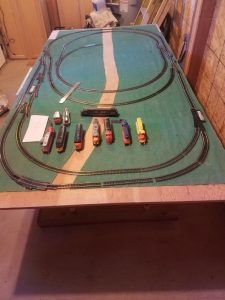 This is what they have been building (they are in reverse order so Bob, Jr. is in the most recent). You can see by the first picture that they have added tabletop in order to make him a larger train yard than they originally had. In the second picture, note the elevated track along the back wall. It is quite a layout and includes a place to turn the train around. I didn’t realize until they got into this out involved a train layout can be! 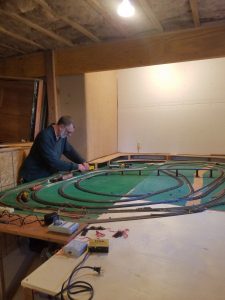 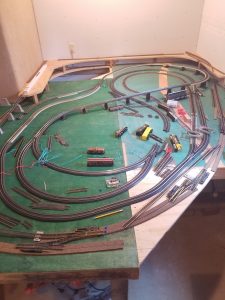 Below are a couple of earlier shots. 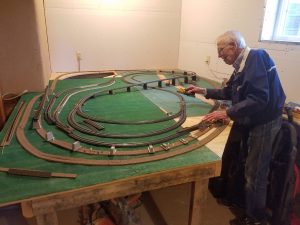 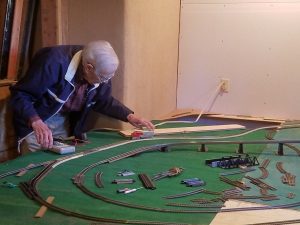