This gold rush town was founded when, in 1866, a Native American took a large chunk of copper ore to Fort Union to barter for more supplies.  A deal was struck which included the Ute showing where the ore came from.  This was the beginning of the gold rush in this part of NM.  By the end of the summer of 1868 there were 3,000 miners and 100 buildings in Elizabethtown which became the county seat of the newly created Colfax County and the first incorporated town in NM.  It didn’t mean it was civilized, however. In one 24 hour period there were eight confrontations that led to gunfire and death. By 1875 the boom days were over and the town was in decline.  After a dam was built on the Cimarron River creating Eagle Nest Lake, many residents took their homes apart and moved them to the newly created Therma (later Eagle Nest).  There is still a museum in the former school teacher’s home and a “general store” where one can purchase souvenirs but most of the town was destroyed by a fire in 1903. 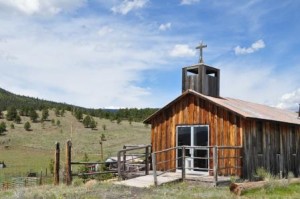 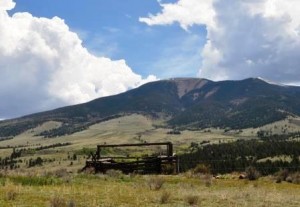 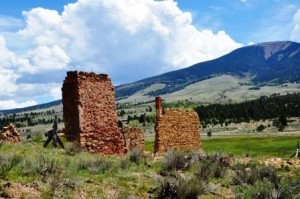