We just had two days of rain (a megastorm that crossed California and managed to drop quite a lot of water here – more about why that doesn’t happen more often shortly).  We were glad we waited a day before driving into Death Valley National Park. We actually didn’t know we should wait a day but the roads would have been really flooded a day earlier. 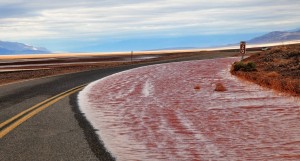 There were several places like this where the road was reduced to one lane.

As it was, the playa, ( flat-floored bottom of an undrained desert basin which at times becomes a shallow lake) had, in fact, become a shallow lake.  Yep, that is what you are seeing – water, water, almost everywhere. 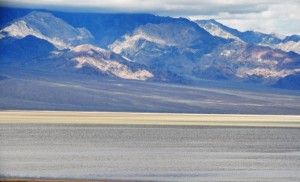 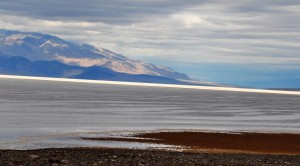 At one time (something like 20,000 years ago) the valley floor was a very large lake (Manly Lake) which was created by the melt of glaciers in the Sierra Nevada Mountains. It dried up about 10,000 years ago leaving this incredible desert valley surrounded by amazing mountains!  If those prospectors who named this place had crossed it in a wet winter they would have given it a different name.  This is much more what we expected to see and obviously did in places. 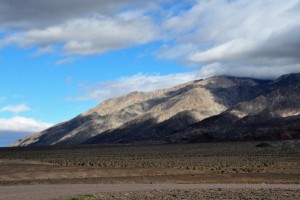 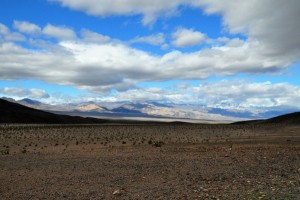