Our older granddaughter studied the American Revolution in 6th grade this year so, when we were looking for somewhere to take them at the end of school, Boston sounded like a good choice.  And it was.  However, the three themes of this trip had nothing to do with history.  The themes were, in no particular order: “When do we swim?” “When do we eat?” and, if we were in the car for several hours traveling, “When do we watch a movie?” (on the computer brought for that purpose).  Charlotte literally got up in the morning asking when we would get to swim that day. The hotel pool is a necessity because Bob and I might be tired at the end of the day but the girls never seemed to get tired. 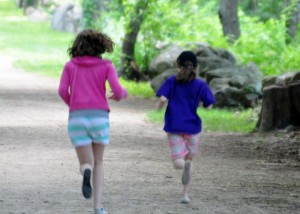 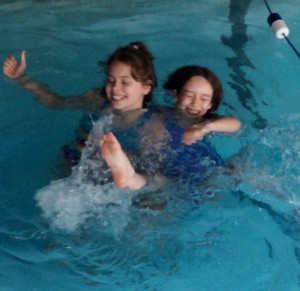 And, both girls really like the hotel breakfast most of the time. However, the first hotel had nothing but a wrapped sweetroll so we stopped at a nearby Cracker Barrel.  The last morning, on the way home, we are finishing a substantial hotel breakfast and Charlotte reminds me that Bobo had promised we would eat at Cracker Barrel one more time.  The child is a stick she is so thin but that doesn’t mean she doesn’t eat (or think about eating all the time). On the way home we were in very slow traffic for about 5 miles trying to get across the bridge from NY to NJ.  Bob looks up to his left and says he thinks he sees a subway train.  Charlotte immediately said, “I can’t believe you said subway! Now I’m hungry!”