Our previous hikes have been up the hill behind the RV park or, on the other end of town, also on the west side of the highway.  So, today we decided to do the “bird trails” that begin across the highway from the RV park, proceed east (red trail) then turn south (aqua) and, finally, head west (blue) to return to town. It was not a bad walk except we kept having trouble finding the next colored pole that told us where the path was. The worst we did was not finding the aqua pole that took us west back across the river. We wondered in the wilderness for awhile before deciding we had missed the way, returned to the last pole we had seen and, finally, looked  hard to the west and, WOW, there’s the next pole. What started as a 45 minute walk became a 1 1/2 hour hike. It was very level and the temperature was great. Some areas had little vegetation while others would have been impassable without the poles to tell us the way. We had just one mishap when we had to go down a fairly steep couple of steps and up the other side to cross the river. It was muddy and, despite Bob’s best efforts, I slipped and fell. It was one of those list to one side and sort of sit down, so not really a fall. Nice and muddy, though. 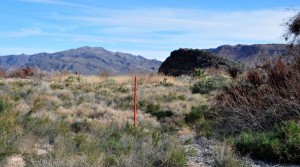 A red pole – a good sign. This next shows how impenetrable some of the area was. 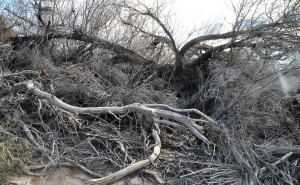 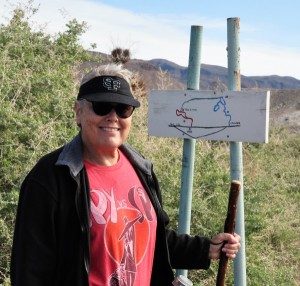 We felt good when we found this sign telling us the aqua trail was nearby.

The Amargosa River, while not much by Virginia standards, is actually pretty amazing in the Mojave Desert. 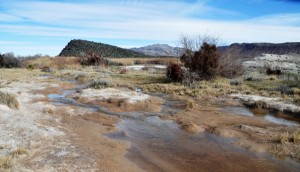 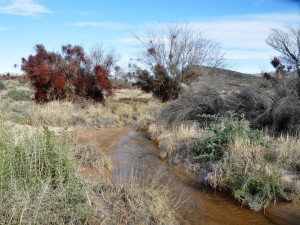 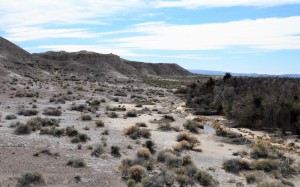 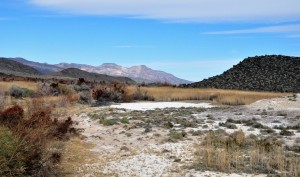 Looking back at the RV park where we started. 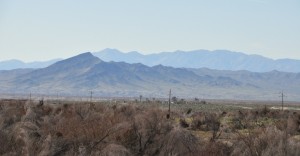 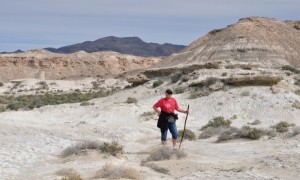 Contemplating where we went wrong. 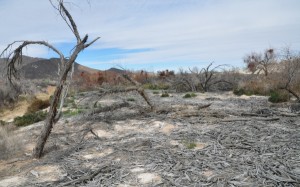 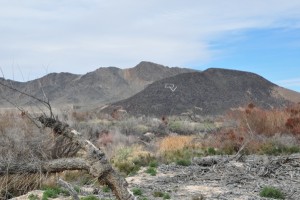 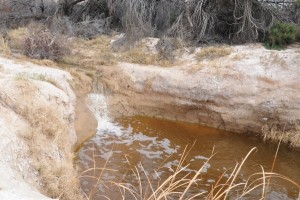 This little falls was easy to cross. Not so much the next spot. 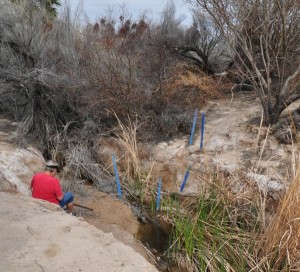 Site of my loss of dignity but a nice rest. 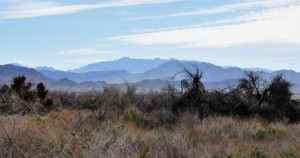 The views were outstanding. 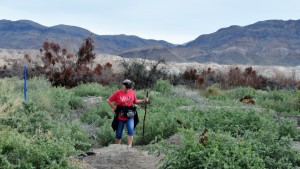 I am smiling in this last picture because I could see the Crowbar Cafe and knew breakfast was near.